It's estimated that between 70%-90% of all crime in the U.S is drug related, and that the age of those involved in these crimes seems to be getting younger. D.A.R.E is just one way to deal with this problem before it gets to be an overwhelming issue in a community. By giving our children "life skills" or the tools to use early on in their lives, we can give them a better chance at building their lives. They will be making what are probably the most important decisions of their lives when their parents aren't there to guide them. It is hoped that they make the right choices, because they will have to live with the consequences of those choices for the rest of their lives.

Beginnings of the D.A.R.E. Program

The D.A.R.E program began as a cooperative venture between the police department and school districts in Los Angeles, CA. The year was 1983. The program then spread across the nation as a proactive approach to a problem that just about every community has to deal with. In September of 1992, Benton County Sheriff’s Office implemented the program in the Sauk Rapids/Rice School District and the Foley School District. The program has spread to every state in the United States of America, and to this date, D.A.R.E is currently utilized in over 57 countries around the world!

Lessons in the Classrooms

For 16 weeks, the specially trained Deputy Sheriff, also known as a D.A.R.E Officer, will spend time in each of the classrooms of Benton County 5th grade students. Students are taught the importance of making good choices in their lives and the consequences that can come from making bad choices.

In their last classroom lesson, the students present to their classmates an essay that they have written. They describe what they think is the most important things that they have learned in the D.A.R.E program.

The 17th "lesson" is a culmination ceremony that includes the students' families and other community leaders. It is a time to recognize and honor all of the students that have completed the program. Since the Benton County Sheriff’s Office began its D.A.R.E. program in 1992, well over 10,000 students have graduated from the D.A.R.E. program.

The 1968 Harley-Davidson motorcycle was one of 8 motorcycles that were seized from a convicted drug dealer. These motorcycles, $14,000 in cash, and 4 other vehicles were shown to be proceeds from the dealer’s drug operation. The drug dealer forfeited all of these proceeds, spent 5 years in a federal prison, and 3 years on supervised parole. This motorcycle is maintained and displayed as a reminder of some of the consequences of illegal drugs. 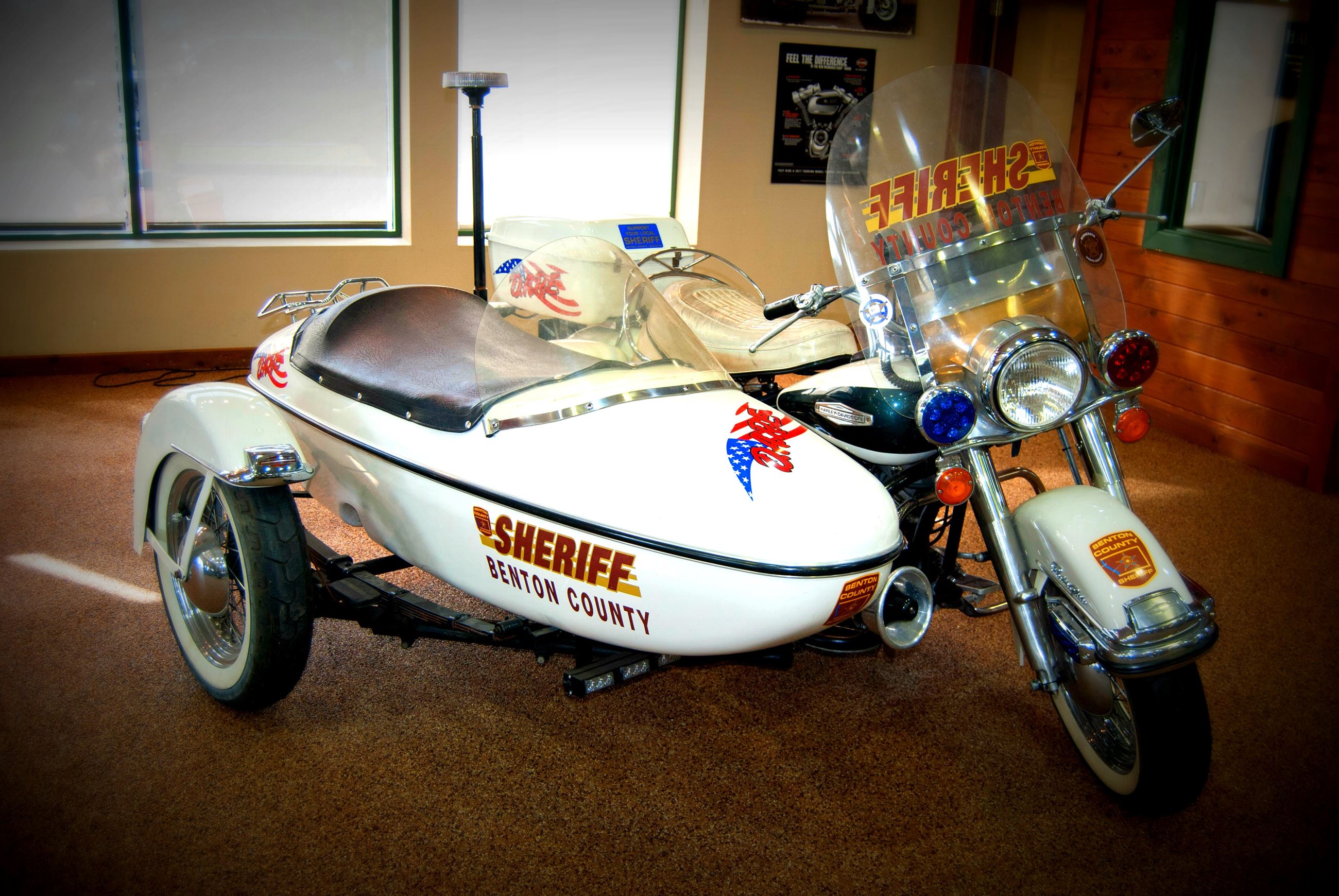